This is the story of GeoVelo, the Missouri Humanities Council, and both the state and national Trail of Tears Association’s collaboration on a variety of geospatial projects. The most significant of these projects has been the Trail of Tears mapping project. The dates used in this timeline are generally when GeoVelo was first informed of the particular subproject. Any errors belong to Chris Dunn and GeoVelo.

Funding for the ToT

MHC agrees to fund $24,000 for Trail of Tears research in three areas in Missouri.  “These projects will yield research documents which will be used for interpretive materials including signage, rack cards, news stories, digital media, and other materials to enhance cultural and historic tourism.  This research will ultimately provide the basis for updates to the NPS Trail of Tears National Historic Trail map for Missouri.” – Bill Ambrose
September 6 2017

We Meet At Last 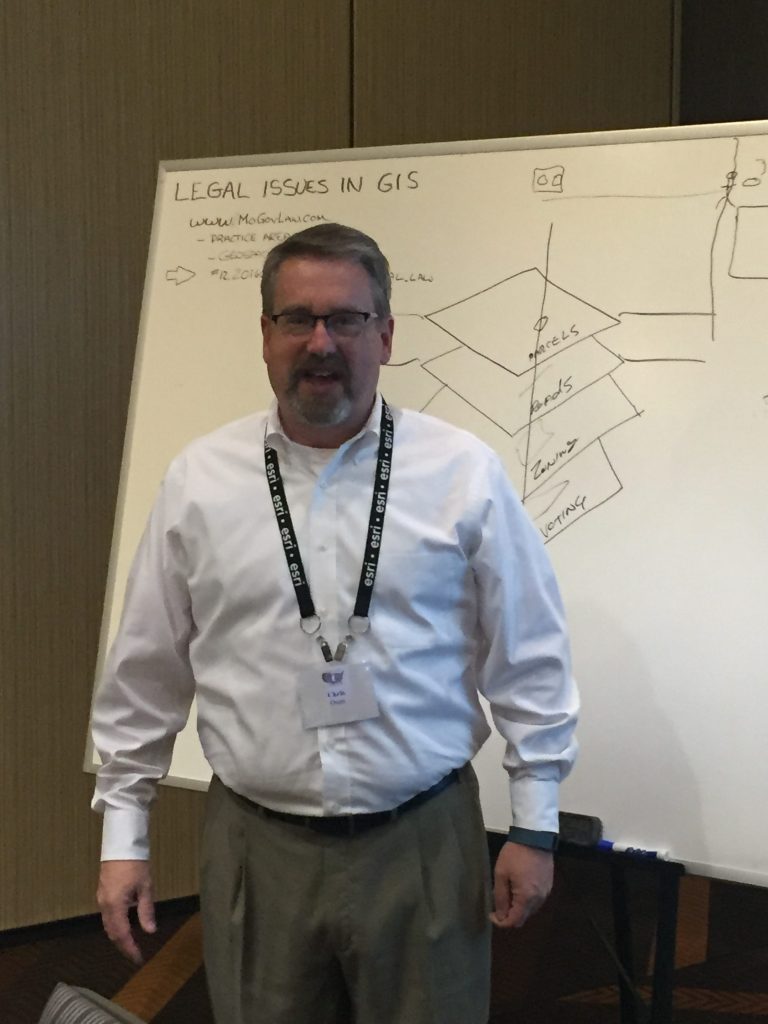 August 2017 Dr. Bill Ambrose requested help from the UM Extension Geographic Specialist to georeference an old road map. Dr. Shannon White, Ph.D. said, “We aren’t allowed to do that for you, but I know a guy who can.” 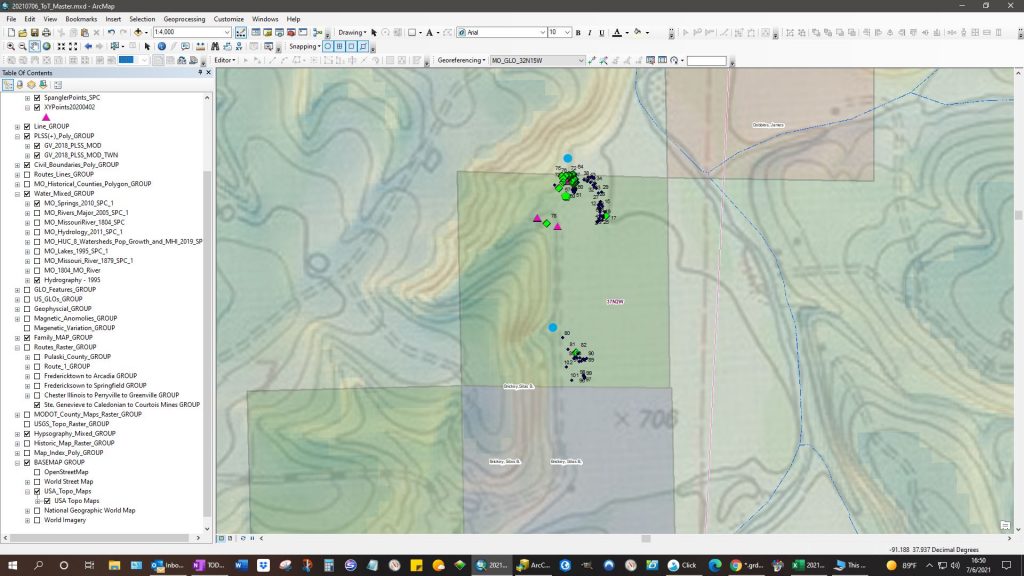 The Trail of Tears GIS has grown from a simple route map to one of the most complex GIS’s assembled by GeoVelo.  The GIS uses 14 different geodatabases and has upwards of 400 layers. – CD 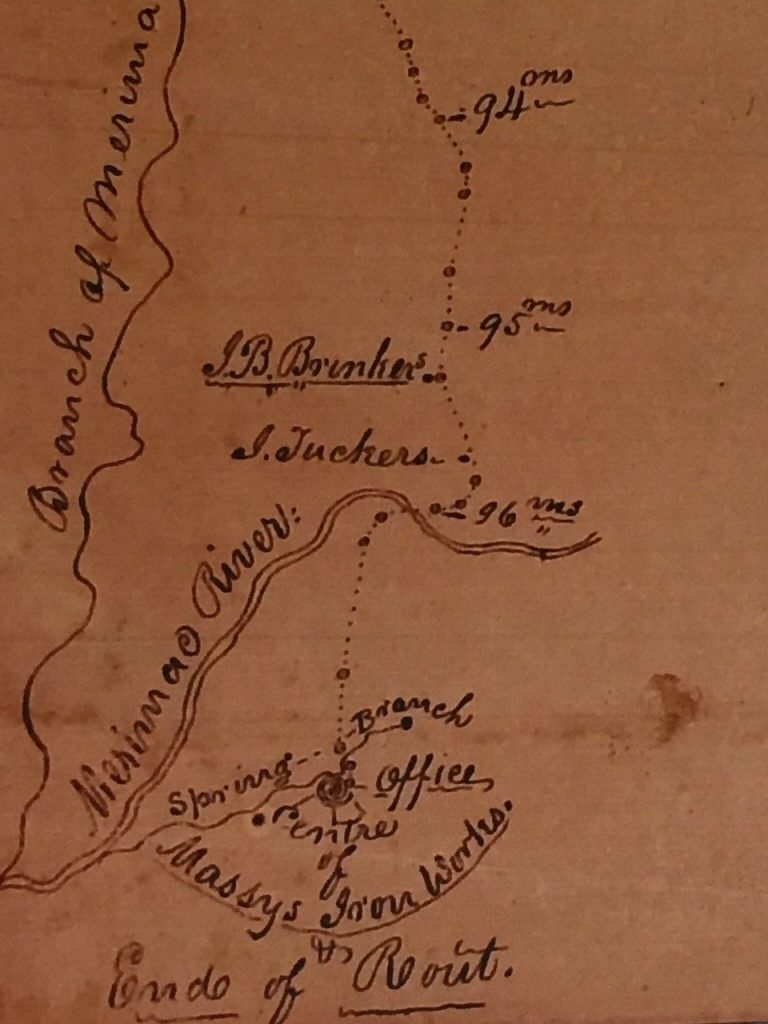 GeoVelo began transcribing the 97 mile road survey calls into MS Excel. This was the first time this type of effort had been made in Missouri on any Trail of Tears route.

MHC had two older model free standing kiosks. The Executive Director asked if I could make them work. One was salvageable, repaired, and then reprogrammed. The other was recycled. The working kiosk is now in the Saint James office. – CD

The University of Missouri drone journalism program knew how to fly drones and take aerial imagery. But they were not adept at geospatially registering the images they took. This required the development of ground control markers for the flights at the Weldon Springs German Heritage area. GeoVelo developed a set of do-it-yourself ground control markers and published a blog article on the topic after they were such a success. Years later I still get comments about how well designed enterable these ground control markers are. Blog Article – CD

Article: Rediscovering the Trail of Tears 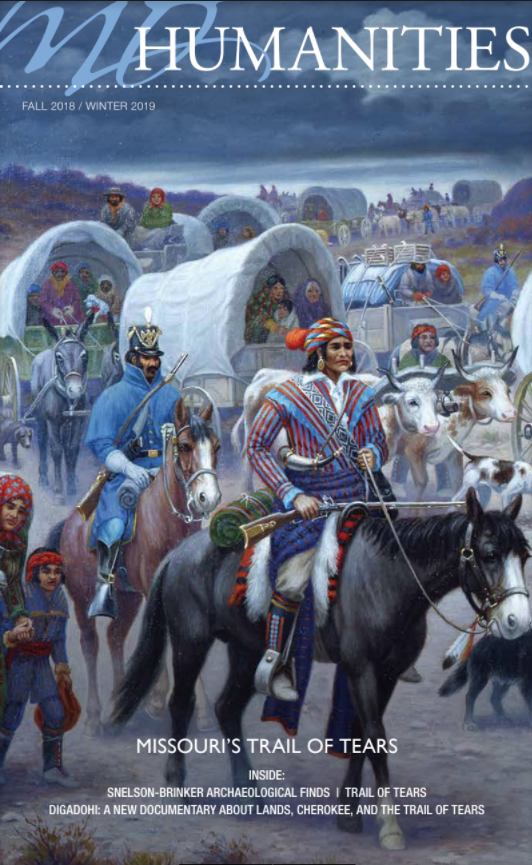 Our entire way of life today was touched by how we mapped most of the nation’s land west of the Appalachians. During the Antebellum period, the United States launched its most ambitious national program since the Revolution: The Public Land Survey System (PLSS), which employed thousands of rough men working in small teams under harsh conditions. The PLSS organized the western expanse into townships of…. CD  Read it Here 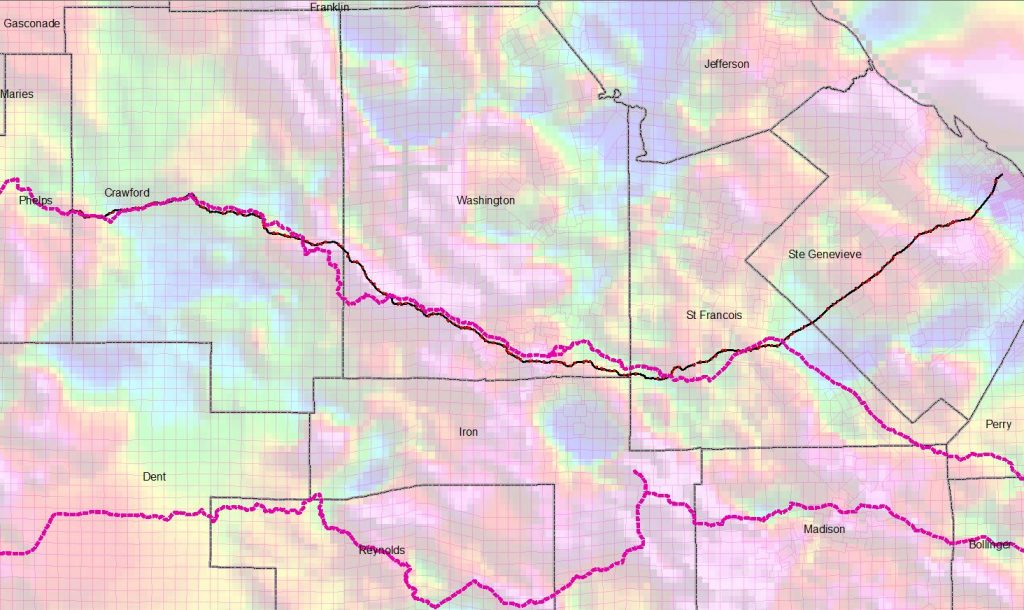 GeoVelo noticed the survey bearings on the 97 mile road plat were often in error and so began looking for potential sources of that error. Geological ground based magnetic deflection was identified as a possible cause.  In addition, the survey practices at the time did not always include recording the earth local magnetic variance from True North. So GeoVelo began to work on the magnetic declination issue when transcribing the calls on the 97 mile road plat.

It’s all µTeslas these days… 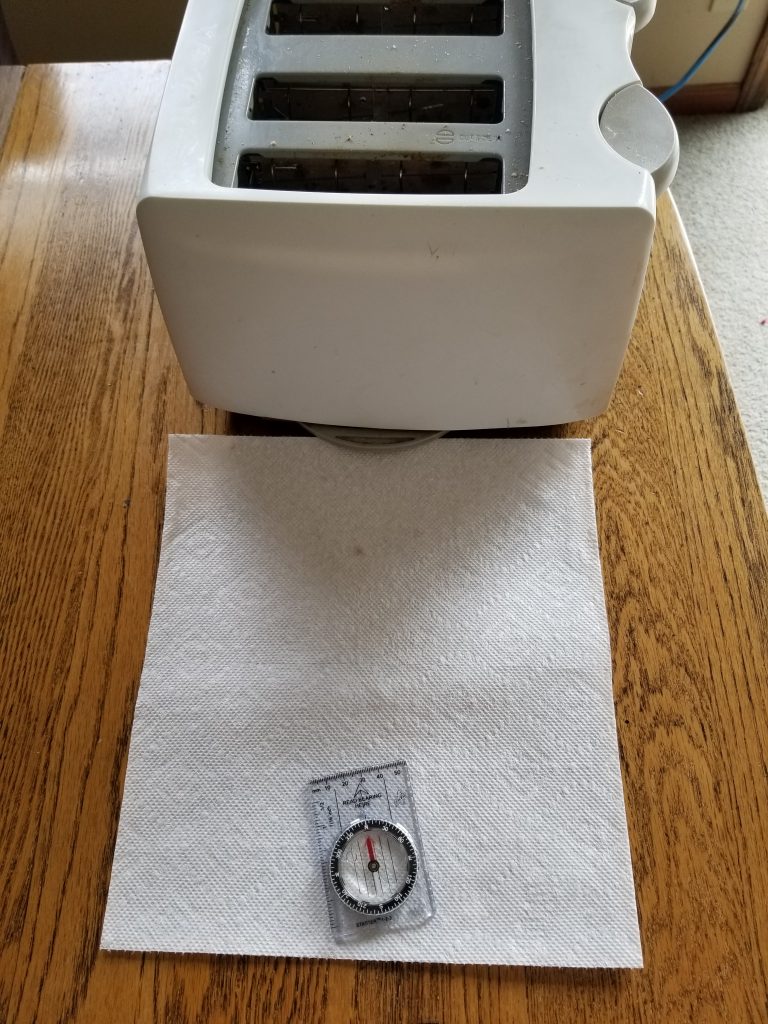 GeoVelo began experiments on micro Tesla field strength and historic Missouri magnetic anomalies. The geology and magnetic field strengths recorded and mapped by the Missouri Geological Survey and the USGS corresponded nicely with the errors in the 97 mile road plat. 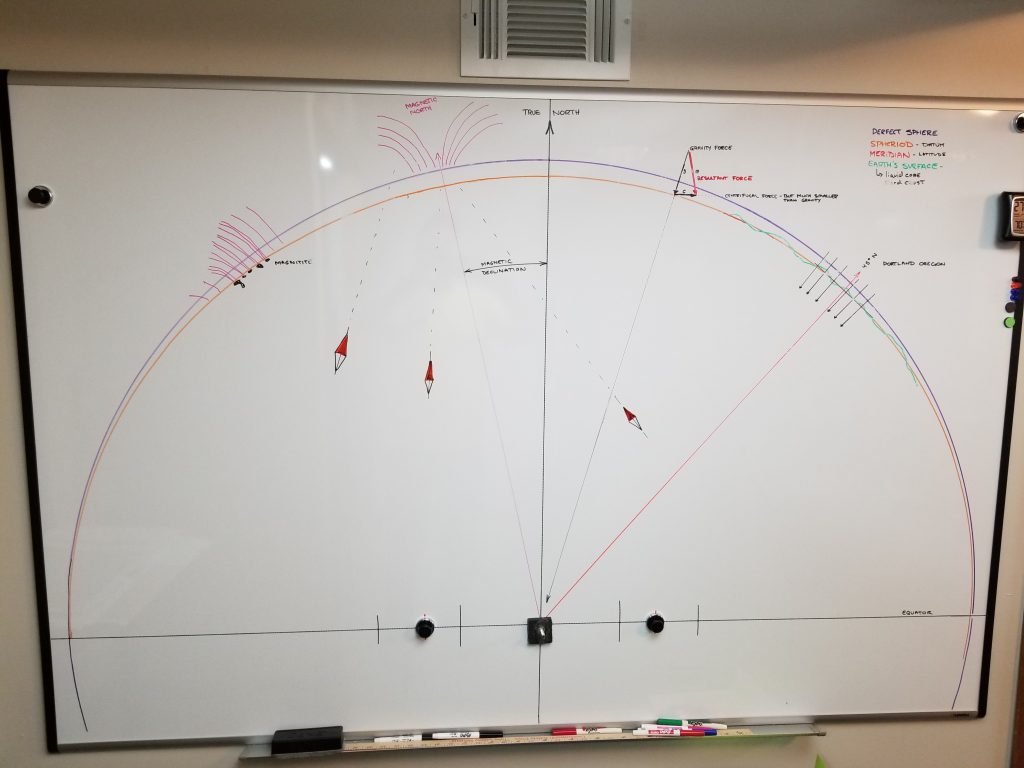 In Columbia, GeoVelo gave the MHC Executive Director a demonstration of basic GIS projections and principals and explained why these were important for geographic information systems projects. 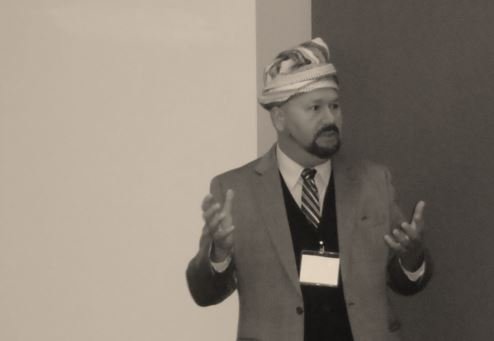 GeoVelo provided hours of support for this effort. –  CD 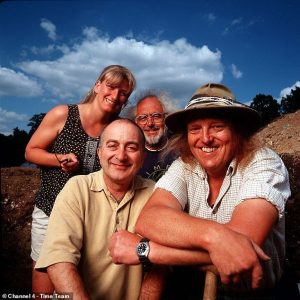 Erin Whitson introduced Chris to archaeology and then he discovered an archaeology program that had been running in the United Kingdom on Channel 4 for 20 years. The show illustrates how archaeology teams integrate their find and geophysics using GIS. https://www.timeteamdigital.com/ 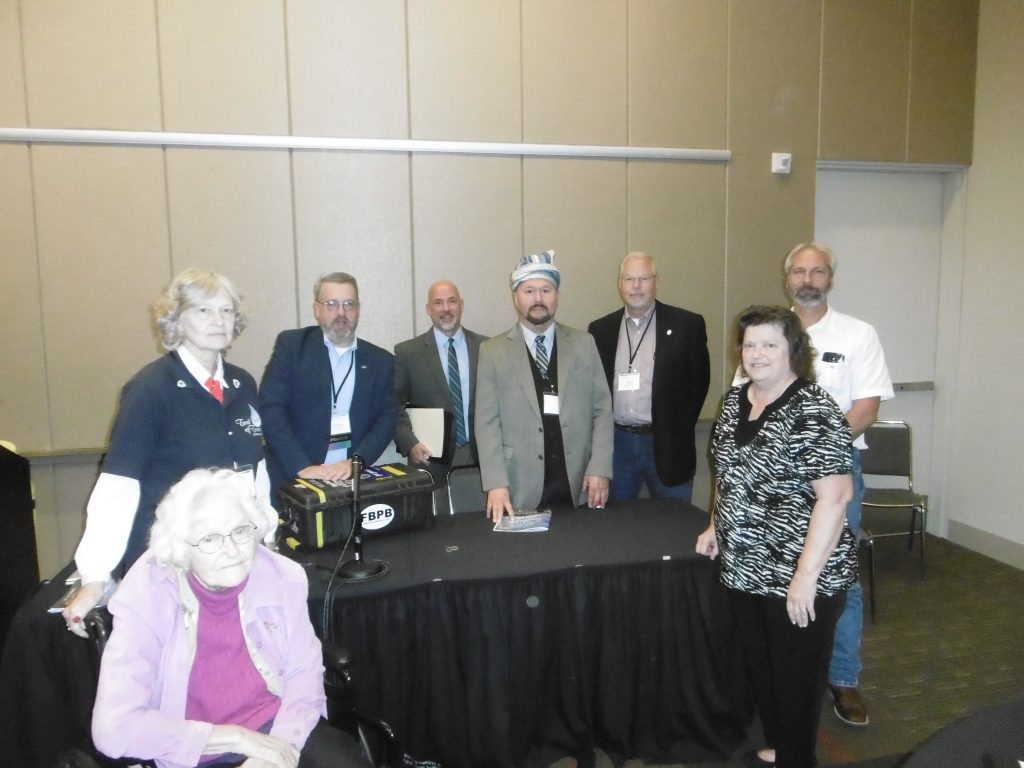 American Association for State and Local History: Locating and Interpreting the Missouri Trail of Tears – Chris Dunn of GeoVelo attended this conference and demonstrated his geospatial equipment as well as making a presentation on how he used GIS as part of a team effort to locate the Trail of Tears in Missouri. – CD 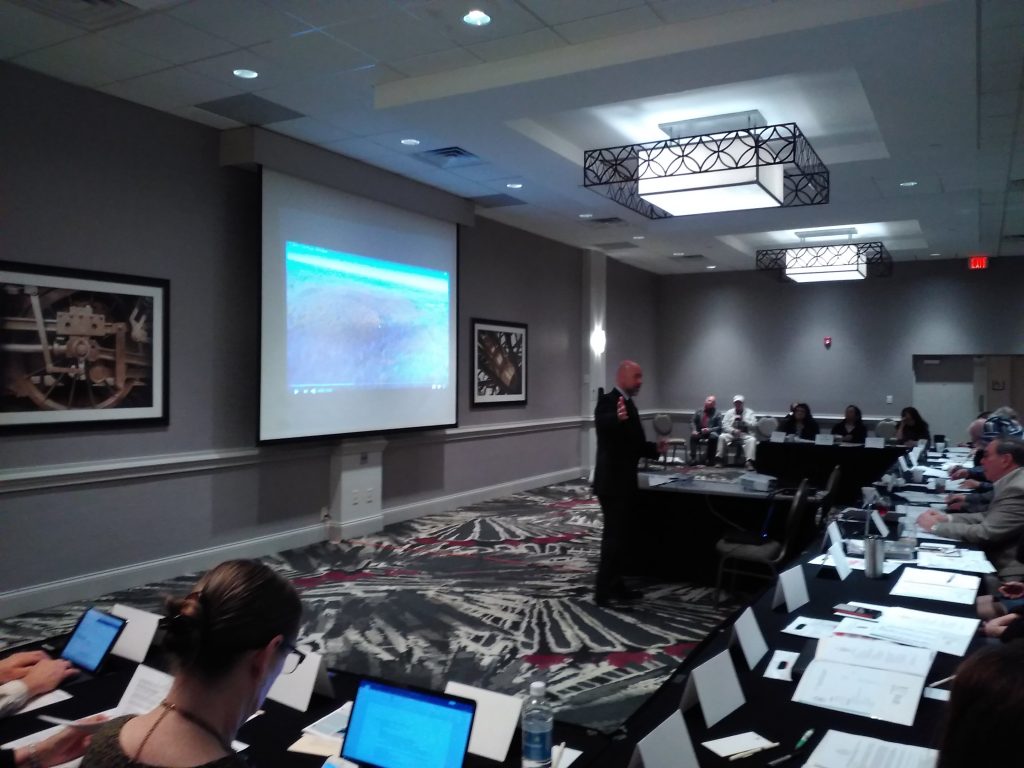 Chris Dunn of GeoVelo attended this conference and provided many of the graphics used by other presenters as well as making his own presentation on how he used GIS as part of a team effort to locate the Trail of Tears in Missouri. – CD

Monty interviewed Chris Dunn on camera for the MHC movie Digadohi. Its generally considered the high point of the film, by members of the GIS community. – CD 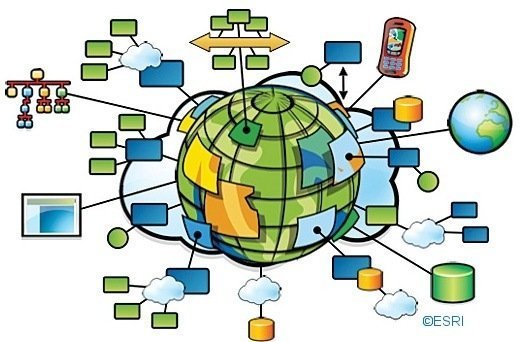 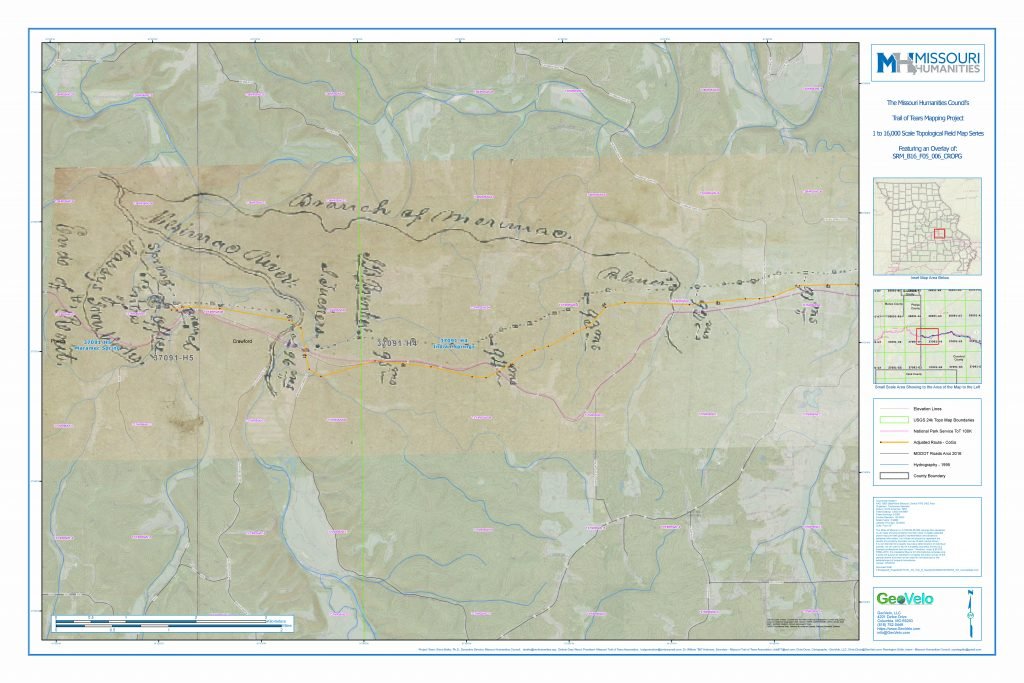 With the approval of the Executive Director of the MHC, Doctor Bill Ambrose, an officer of the Missouri Trail of Tears Association begins sharing a number of vignettes he had authored based on his research of the Trail of Tears events. These were made into Esri Story Map for the public. – CD

Located near Weldon Springs, Missouri, the German Heritage Project involved discovering the old town of Hamburg just north of the Katy Trail. GeoVelo supported this effort by working with the Mizzou Drone Journalism team. GeoVelo integrated their data into a specific GIS created just for the German Heritage Project. Plus, GeoVelo and Archaeologist Erin Whitson rescued the University of Missouri’s expensive drone when it crashed. – CD 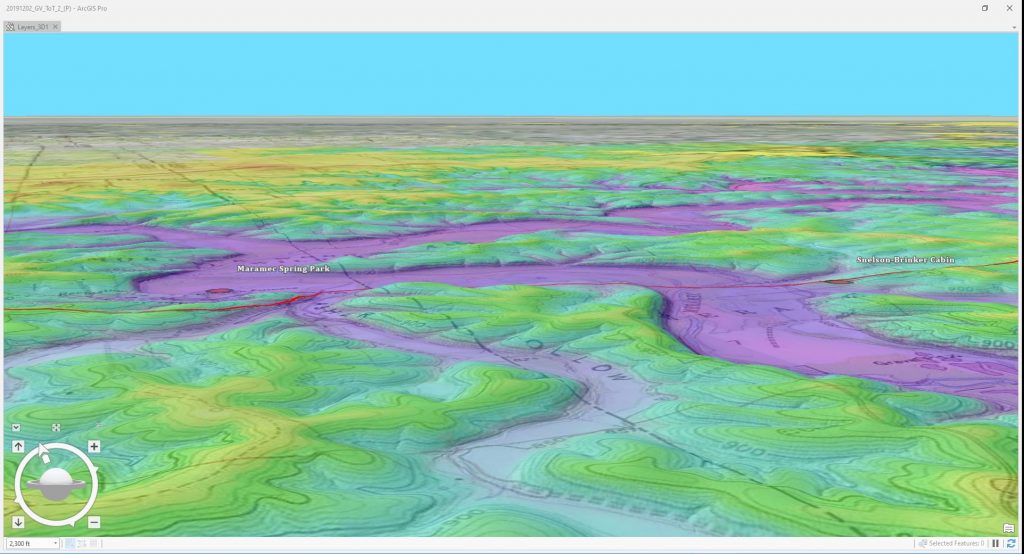