This is the story of GeoVelo, the Missouri Humanities Council, and both the state and national Trail of Tears Association’s collaboration on a variety of geospatial projects. The most significant of these projects has been the Trail of Tears mapping project. The dates used in this timeline are generally when GeoVelo was first informed of the particular subproject. Any errors belong to Chris Dunn and GeoVelo.

GeoVelo began working with Judd from the University of Missouri’s School of  Journalism’s drone program. We tested the visibility of the GeoVelo DIY Ground Control Markers on campus.

Judd with the University of Missouri school of journalism’s drone program and GeoVelo performed several test flights and did post flight GIS processing and quality control.  We were ready to fly the Weldon Springs are for the German Heritage Program archaeological work.

The Shawnee Village…Although it never fully developed GeoVelo created a GIS for this project. The archaeologist eventually decided that the site was not capable of yielding the type of archaeology that would make working the site worthwhile. – CD 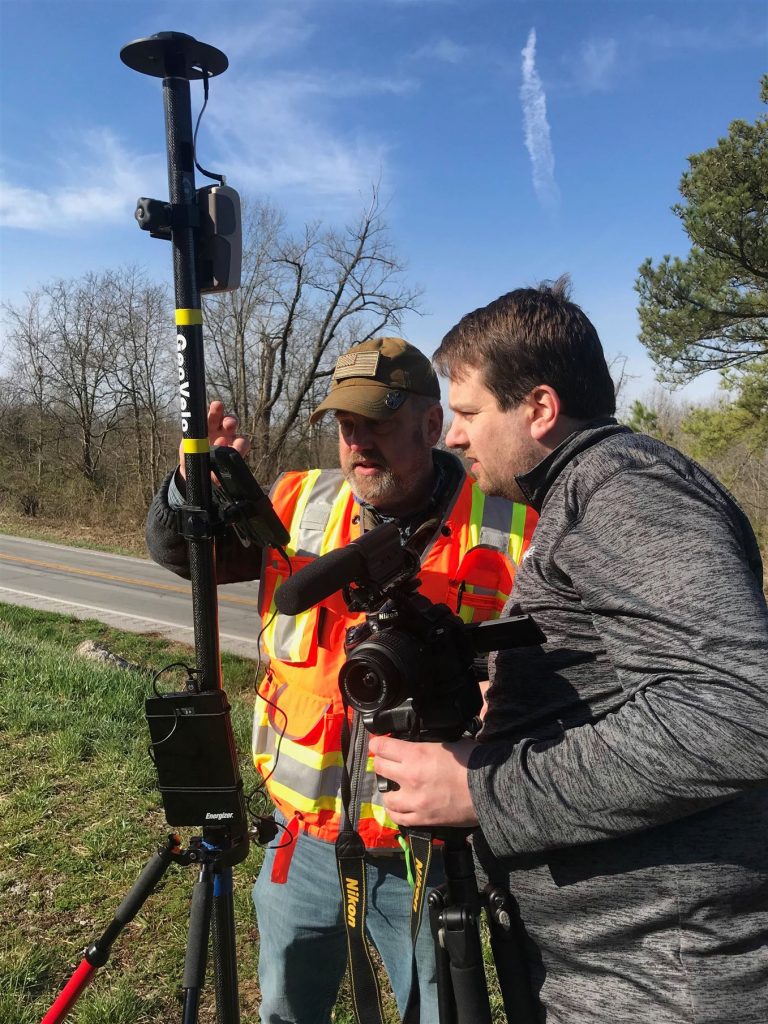 During field site visits a way was needed to collect archaeological specific information with the GPS unit. GeoVelo began programming within the Esri environment to increase the accuracy of the data collected for the Missouri humanities Council. – CD

Dr. Ambrose presented a 2-hour program to the Lincoln University sponsored “Learning in Retirement” organization.   Program covered new findings from the 3 researchers and the initial work on digitization and geo-referencing of the Northern Route of the Trail of Tears in Missouri.  (120 members in attendance) – BA 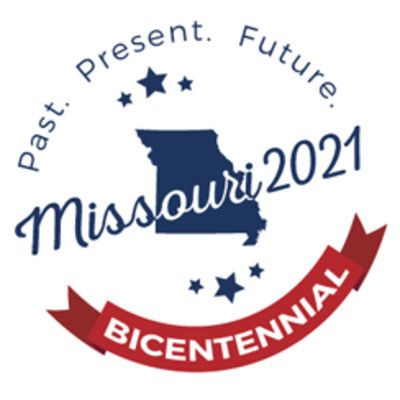 The Missouri Chapter ToT members presented a resolution from NaTOTA honoring Caledonia during Caledonia’s Official Bi-Centennial Celebration for its place in history as the Cannon Detachment passed through the village as shown on the GIS Trail Map.  Also, as a Scottish heritage village, Caledonia was honored as many Cherokees share that Scottish linage. – BA 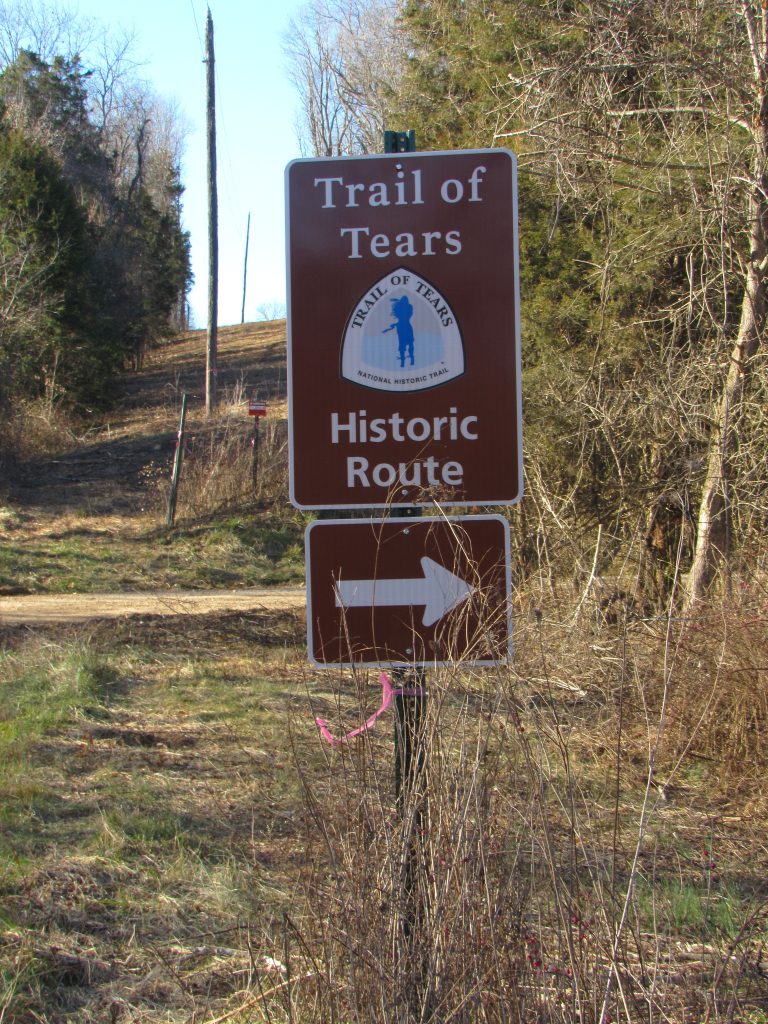 At the Annual “Slowenski School Reunion” at Steve Knight’s farm, Deloris Wood, Erin Whitson, and Bill Ambrose presented the Knight’s with a resolution and certificate from the National Trail of Tears Association for being recognized as the location of the Silas Brickey farmstead.  The location was found with the aid of the digitized “State Road Survey from St. Genevieve to Caledonia and from Caledonia to Courtois Mines.” The site is now a Certified Site on the Trail of National Historic Trail. – BA 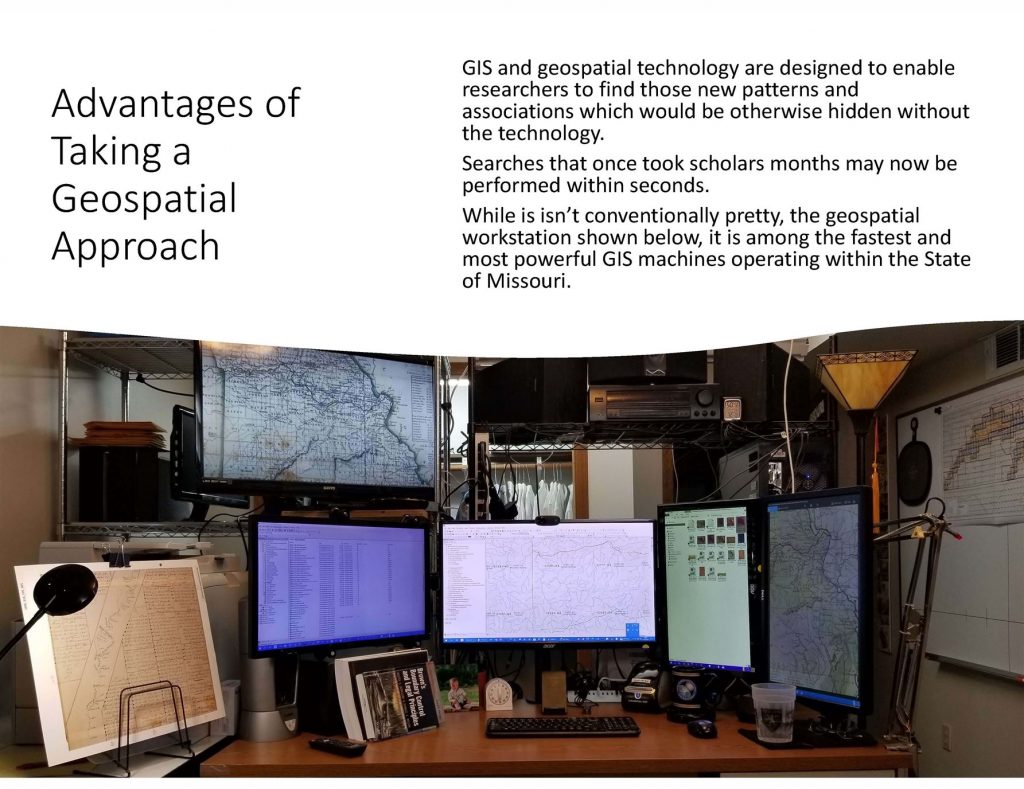 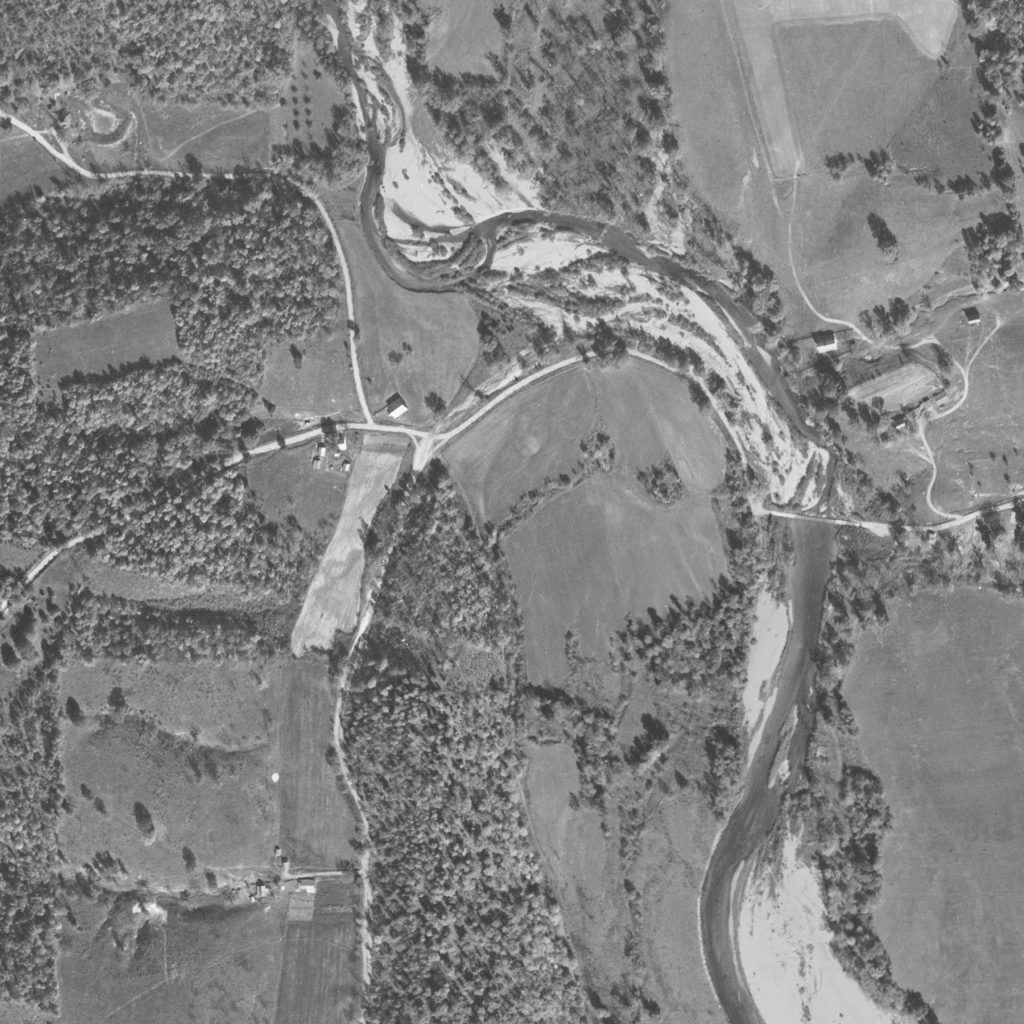 The ED goes to DC 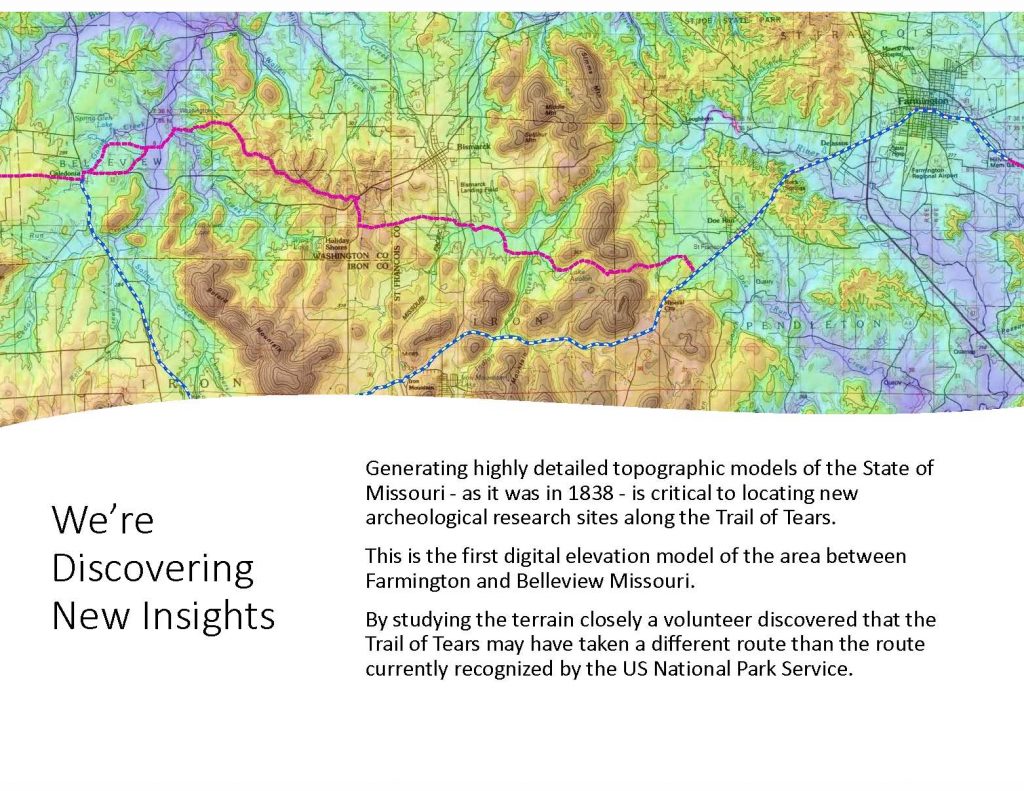 MHC’s Executive Director was making a trip to Washington DC. He requested GeoVelo create a book of 10 of simple graphics that he could share to explain the MHC’s GIS Trail of Tears mapping effort. – CD 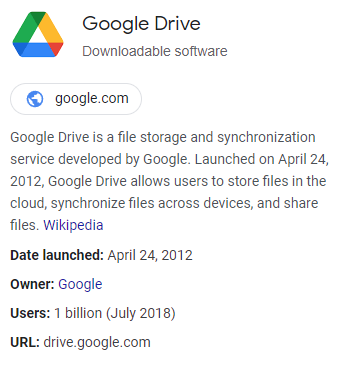 We were looking for a stable platform to serve large images out to both the web and within Esri Story Maps. The results were promising at first. Google Drive eventually had to be retired due to a flaw in its AI. – CD

A small group of MHC staff and supporters traveled to the Cherokee Film Festival in Tahlequah Oklahoma. MHC and Monty Dobson’s film Digadohi was presented. Then a panel discussion ensued. – CD

It was an important day. The MHC Board of Directors was visiting Saint James for the first time and everyone wanted the office to look super spiffy. GeoVelo created many posters and exhibits for the event. In addition GeoVelo donated a television with a 300 frame slideshow. GeoVelo programmed the kiosk that belonged to MHC. GeoVelo also displayed some of our geospatial equipment. – CD

ToTA Conference and Symposium in Kentucky

At the 24th National Trail of Tears Association’s “Annual Conference and Symposium” in Paducah, Dr. Ambrose presented new research funded by MHC that has led to better understanding about what the U. S. government new about the predictable tragedy that would occur if the forced removal went forward.  The GIS information and mapping defining the Trail of Tears route through Missouri’s most difficult topography in Crawford County’s Courtois Hills region, placed the Cannon Detachment on Huzzah Creek in a winter storm.  The local farmers saved the detachment from disaster by providing supplies, food, and shelter. – BA

Daughters of the American Revolution 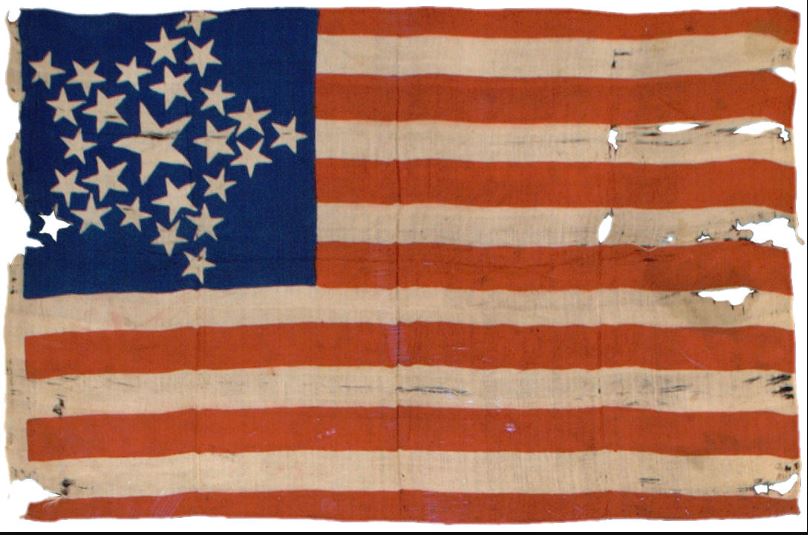 Dr. Ambrose presented a one hour “Trail of Tears in Missouri” program to the Jane Randolph Chapter of the DAR.  The digitized and geo-referenced Northern Route Trail through Crawford County and on to Big Prairie, now St. James, was the focus of the program.   Many in attendance did not realize the Trail of Tears came that far north. – BA 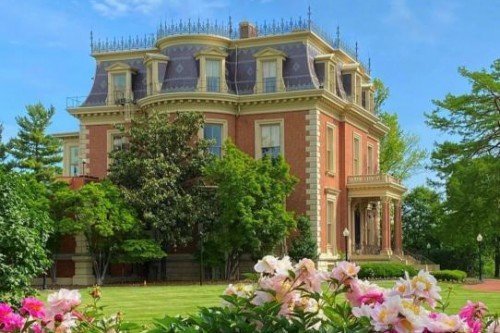 Dr. Ambrose presented a one-hour program about the digitized and geo-referenced Northern Route of the Trail of Tears in Missouri to the Missouri Governor’s Mansion Docents and the Cole County Historical Society at the Missouri Chamber of Commerce Building in Jefferson City. – BA 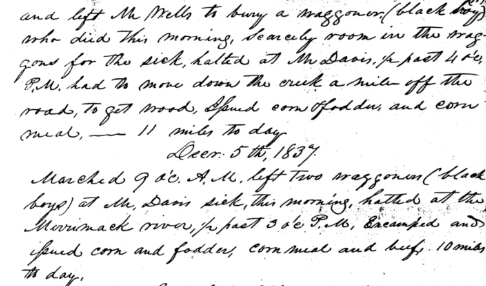 GeoVelo began to transcribe the handwritten Cannon Diaries into an excel spreadsheet. The goal was to allow researchers to tie Specific diary entries to specific sites on the GIS. This work turned out to be extremely useful. – CD

GeoVelo begins assisting Dr. Ambrose and the ToTA – at no charge – with a design for their project to scan all of Deloris Gray Wood’s documents. GeoVelo maintains this archive for the ToTA and MHC.

Missouri Secretary of State’s Friends of the Archives 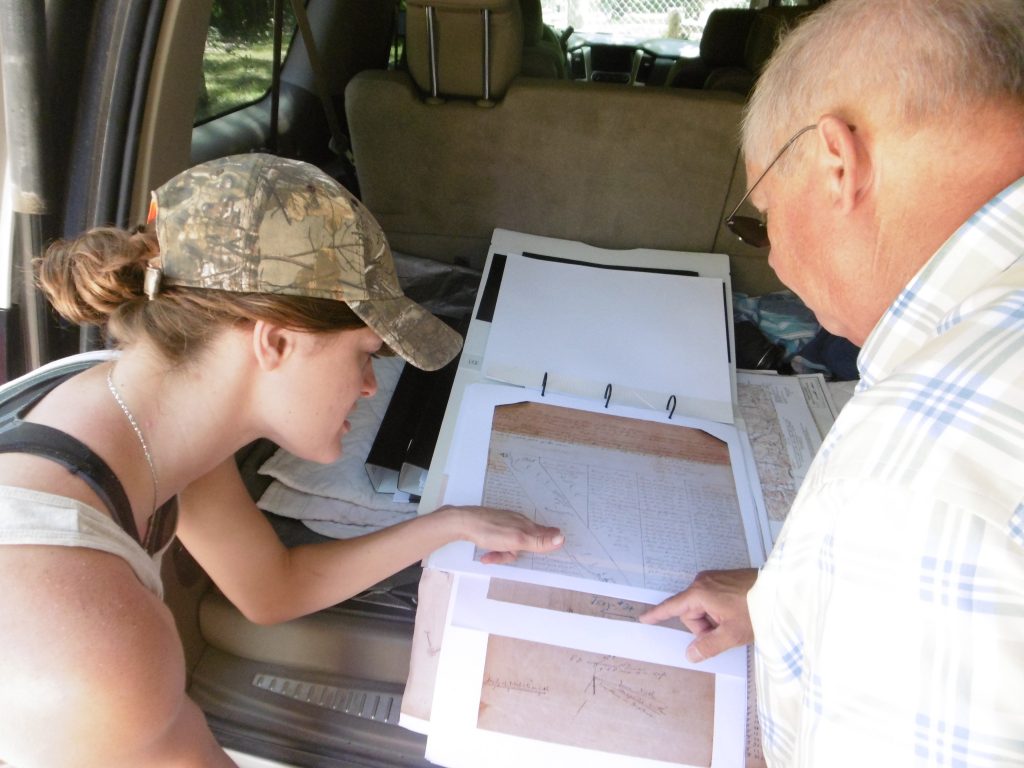 Dr. Ambrose presented an hour-long program entitled “Finding the Trail of Tears in Missouri” for the Missouri Secretary of State’s Friends of the Archives monthly speaker series.  The information presented was assembled from the new research discovered by the team funded by MHC and the digitization and geo-referencing efforts by Chris Dunn locating the trail across contemporaneous known landowner properties.  The Facebook Live program was the highest attended during that period.  It is available to be seen on the Archives website or at https://nationaltota.com/video. – BA